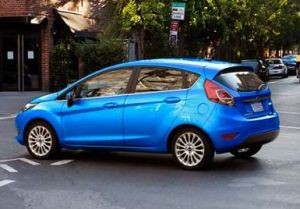 The simple truth is that today’s drivers have to consider factors that weren’t on the table when the previous generation chose their vehicles. Fuel efficiency, in particular, is a relatively new concern for drivers.

Rising fuel costs and the realization of the impact over usage of fuel can have the environment have led many drivers to look for more efficient choices. Thankfully, eight-cylinder sedans are no longer the go-to for daily commuters and vehicles in general are much more efficient than they were 20, 10, or even just five years ago.

At our Boston area Ford dealership, though, we’re thrilled to offer models that push the envelope for fuel economy even further. Even among Ford’s outstandingly efficient lineup, the 2014 Ford Fiesta stands out for environmentally minded drivers.

EcoBoost Technology Thrives in the 2014 Fiesta 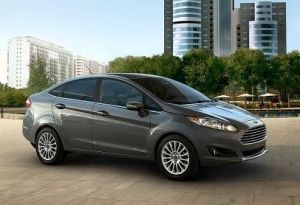 When Boston drivers outfit the 2014 Ford Fiesta with the available 1.0L EcoBoost engine, they’ll be equipping the subcompact with one of Ford’s latest innovations. The automaker’s first ever three-cylinder engine, the 1.0L EcoBoost optimizes fuel use for a blend of power and efficiency unlike any other.

Power is still accounted for, though, with 123 horsepower and 125 lb-ft of torque. In fact, the 2014 Fiesta is the only subcompact that earns estimates of 45 highway miles to the gallon while producing over 120 horsepower. With the overboost function, drivers can even jump up to 145 lb-ft of torque for brief spurts.

Considering its lively performance and its groundbreaking efficiency, the 2014 Fiesta is a model that brings subcompact drivers a wealth of perks without any drawbacks. For more information on the 2014 Ford Fiesta and the rest of Ford’s 2014 lineup, be sure to call Quirk Ford directly at (877) 818-9451 or to contact us online today!