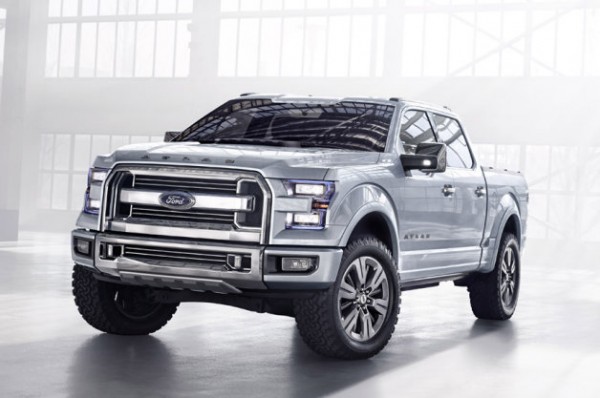 The new 2015 Ford F-150 is barreling into the scene with some very customer-based features and new revolutionary concepts that will certainly inspire other pickup trucks to follow suit.

At the 2014 Detroit Auto Show, the new Ford F-150 was revealed to showcase the sharp stylistic changes, the new technical modifications, and—a surprising, yet innovative idea—the aluminum-centric structure. For earlier models, the bulk of the truck was constructed from steel, but with gas prices weighing down on customers, a new contender appears to relieve much of that tension. The minds behind the 2015 Ford F-150, Pete Ryes, chief engineer, and Gordon Platto, chief designer, detail the benefits of the use of aluminum and specify the thought that went into the creation of this trend-setting truck.

In general, this change will account for many of the complaints of truck-owners—a notoriously frustrating aspect of large cars is the fuel economy—but with this new design, the driver will get the best fuel economy without sacrificing the versatility and stability of a full-size truck.The lightness of the aluminum will shave off about 700 pounds of weight from the original truck, thus allowing for more stuff to be stacked in the back, which could potentially make for more productive work days.

However, the new Ford F-150 has yet to be available. If you have a smaller purchase window, the 2014 Ford F-150 is still an incredible alternative and in stock at Quirk Ford in Quincy, MA. We are very excited to see the 2015 Ford F-150 hit the market and provide truck-lovers with the same toughness, yet better efficiency and bigger hauls.