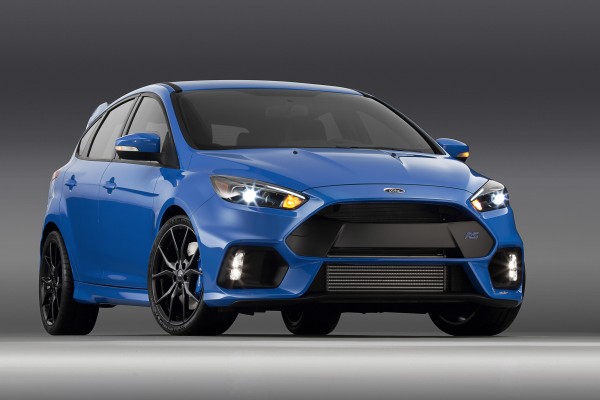 The 2015 New York Auto Show will give American attendees their first look at the all-new, third-generation Ford Focus RS. The Big Apple will host the US debut next week and, according to Ford, the new Focus RS is planned to arrive in dealers around next Spring.

In early February, it made its auto show debut at the 2015 Geneva Motor Show and it is now finally crossing the Atlantic to American consumers, who can expect to enjoy at least 315 horsepower courtesy of the 2.3-liter, turbocharged four-cylinder engine.  With a torque-vectoring all-wheel-drive system, an industry-first Drift Mode, a 6-speed manual transmission, and aggressive, bold styling, the new Focus may just be the most entertaining hatchbacks yet.

Ford gave us our first look at a production color–the Nitrous Blue shown above. Along with that, the new Focus RS will be offered in Stealth Gray, Shadow Black, and Frozen White.