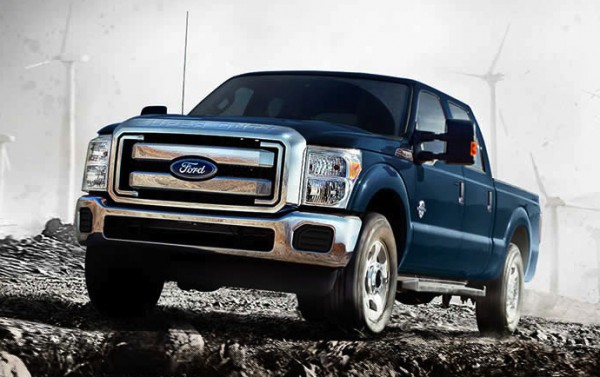 It is suspected that use of aluminum is now making the leap to the next lineup of Super Duty pickups—of course this is mainly speculation. A spy shooter in Colorado discovered a prototype and chose to investigate it further…with a magnet. Skeptics aside, this would produce reasonably accurate results—steel contains iron (which is magnetic) and aluminum lacks such. After placing the magnet on the bed of the truck, it didn’t stick.

Ford has recently announced that the new F-150 will be getting a large dose of aluminum, so it isn’t all that surprising that they are testing it out on the F-350. It is not a guarantee, after all it was only a prototype that the cameraman saw, but it doesn’t seem at all impossible either.

Extensive use of lightweight metal for the F-150 was understandable, but could this really work for the Super Duty pickups? Presumably, the use of aluminum would yield better fuel efficiency and a heavier possible carrying capacity like it has for the F-150. Good news, bad news, or just rumor? You can decide that. But if history has any say in this—Ford will come through and stick to their slogan. Built Ford tough.

See it for yourself: